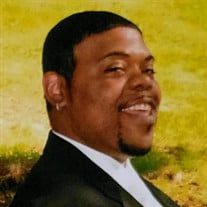 Our beloved Justin Aaron White, 41, of West Mifflin PA, passed away suddenly and unexpectedly on March 13, 2022. Justin was born on October 10, 1980 to John and Anita White in Pittsburgh, PA. Justin was raised in the family home in South Park, PA where he lived much of his life surrounded by his brothers, wider family, many friends, classmates and co-workers. Justin graduated as a member of South Park High School’s class of 1999 before studying graphic arts briefly at Community College of Allegheny County. While still in high school, Justin began his first job working at Daniels’ Hardware located in Curry. Justin would spend his adult working career at Daniels’ where he was loved by the many co-workers and customers he encountered over the years. In October 2008, Justin met the love of his life and future spouse Victoria (McCurdy) White. Justin and Victoria were married on May 25, 2014 in a beautiful ceremony witnessed by many family members and dear friends. They were blessed to add their darling son Christopher Jayden to their young family on October 1, 2018. Justin was preceded in death by his paternal grandparents Arthur & Josephine White and maternal grandparents Charles & Eloise Strong. Justin is survived by wife Victoria “Vicki” and son Christopher “C” White; mother Anita White; mother-in-law Carol (Don) Kovalik; father John White; brothers Michael (Sarah) and James (Tammy); nieces Saffron, Kylie, Angel, and Zoe; nephews Austin and Gabriel; and many loving aunts, uncles, cousins, and friends. Friends received Monday, March 21 from 2-4 and 6-8 p.m. at the GRIFFITH FUNERAL HOME, INC., 5636 Brownsville Road, (at 6th St.) South Park Twp. (412) 655-4600, where a Celebration of Life Service will be held on Tuesday at 11:30 a.m. Condolences may be offered for the family at www.GriffithFH.com

Our beloved Justin Aaron White, 41, of West Mifflin PA, passed away suddenly and unexpectedly on March 13, 2022. Justin was born on October 10, 1980 to John and Anita White in Pittsburgh, PA. Justin was raised in the family home in South Park,... View Obituary & Service Information

The family of Justin A. "Buck" White created this Life Tributes page to make it easy to share your memories.

Customized sympathy cards. Mailed for you.