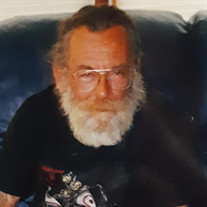 Unexpectedly on Wednesday, March 23, 2022, John M. "Jack" Bandola, age 74, of Dravosburg. Son of the late John A. and Bettie (Donnelly) Bandola of West Mifflin; father of Rebecca Matejcic of Pittsburgh, John Lucza of Mesa, AZ, Bridget Lucza of Tucson, AZ and Jena Lucza of Baldwin; brother of Ruth (late Dorsey A.) Scruggs of Bethel Park and Michele (James) Langer of McKeesport; also survived by five grandchildren, several nieces and nephews, one aunt and many cousins. Jack was a graduate of West Mifflin South and long time employee of Allegheny County, where his responsibilities ranged from scaling our famous Pittsburgh bridges in order to paint them to being a printer for the County, a job he very much loved. Jack enjoyed his music, mainly rock, even attending Woodstock, and at one time had a large collection of albums. His favorite place was Colorado where he lived for a while in his younger days and where he enjoyed riding his motorcycle before permanently returning to the Pittsburgh area. No Visitation. Arrangements by GRIFFITH FUNERAL HOME, INC., 5636 Brownsville Road, (at 6th St.) South Park Twp. (412) 655-4600. If desired, memorial contributions can be made to the American Heart Association, 444 Liberty Avenue #1300, Pittsburgh, PA 15222, or to the American Lung Association, 55 W. Wacker Drive, Suite 1150, Chicago, IL 60601. Condolences may be offered for the family at www.GriffithFH.com

The family of John M. Bandola created this Life Tributes page to make it easy to share your memories.

Send flowers to the Bandola family.