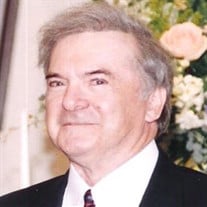 On Tuesday, December 16, 2014, Edward R. Tushek, age 85, of Baldwin Boro. Beloved husband of the late Joyce Anne (Taylor) Tushek; father of Kimberly Veres and her husband Bernie of Philadelphia, PA, Christine Nagowski and her husband Will of Butler, PA, Michael Tushek and his wife Karen of Gettysburg, PA and Stephen Tushek and his wife Lori of Airville, PA; grandfather of Sgt. Jeffrey Nagowski, US Marine Corp., Nicole Nagowski of Lyndora, PA, Daniel Veres of Philadelphia, PA, Dustin Tushek of Airville, PA, Hank and Joy Tushek of Gettysburg, PA; great-grandfather of Anthony Guzman of Lyndora and Taylor McGuire of Harrisville, PA; brother of Lucille Yost of Carrick, PA, Rita Haney of Hollywood, FL, and the late Joan Yost and Cathy Belich; also survived by many nieces, nephews and his longtime companion Margie Longo of Pittsburgh. Born September 22, 1929 in Willock, PA, an old coal mining town outside of Pittsburgh. He proudly served in the U.S. Army Air Force during WWII and the Air Force in the Korean War. He worked for over 30 years as a manual laborer for Baldwin Borough Municipal Department. Ed had a wonderful life. He loved his family. He was a friendly and talkative man who enjoyed engaging conversations with anyone who would partake. He loved the beach and crabbing with his kids. He loved animals Snoopy, a beloved dog, and Shadow, a beloved cat. Ed was more than anything a Pittsburgher through and through. His devotion to the city was astounding. He loved the Steelers, his Penguins, and most of all, his beloved Pittsburgh Pirates. His favorite Pirate of all time was Smokey Burgess. He would begin every conversation with his twin sons no matter what time of year with the phrase, "Beat em Bucs." He will be sorely missed. Friends received Thursday 4-7 p.m. at the GRIFFITH FUNERAL HOME, INC., 5636 Brownsville Road, Broughton-Curry-South Park Twp. Funeral prayer Friday 9:15 a.m. with services in Windover Hills United Methodist Church at 10 am. In lieu of flowers, please donate to a charity of your choice. Condolences may be offered for the family at www.GriffithFH.com

The family of Edward R. Tushek created this Life Tributes page to make it easy to share your memories.

Send flowers to the Tushek family.